My Japanese girlfriend Waka asked me to write something about Japanese culture to add some more content to the English side of her blog, so I thought I’d start with my first introduction to Japan; Anime.

Like most people my age, growing up in Australia, I watched cartoons in the morning before school.

Everyone I knew watched shows like Pokemon, Dragonball Z and even Sailor Moon (but maybe the boys wouldn’t admit it!) – they were definitely the most popular shows in Australia.

As I went into highschool, and being a total geek, I eventually found other anime – mostly through video rentals, as it still wasn’t very popular at the time (kids today don’t know how good they have it!) and unfortunately, it was always dubbed into English, with some really bad acting.

I believe the first 2 films I rented were Akira and Ghost in the Shell, and what a great choice! They are still 2 of my favourite Anime films today – but I will talk about my favourite films another time, for now, I’d like to tell you about my top 5 Anime TV series!

Steins;Gate is the story of Rintaro Okabe, the delusional “mad scientist”, who accidentally discovers a method of time travel, and uncovers the deeper implications of this discovery, and how it will effect the entire world.

It’s difficult to discuss the story of Steins;Gate without spoiling it, and the story is truly amazing, but what I loved most about this series was the memorable characters.

Rintaro is surprisingly relatable, and though at first he seems like an idiot, or perhaps even mentally ill, as his situation becomes more serious and things become more desperate, the depth of his character is revealed.

The supporting cast is equally as memorable; watching Rintaro and the other lab members banter and bicker, and seeing their friendships grow was really enjoyable – though they could be silly at times, they always felt like real people, and their motivations were very believable.

This is another show where it is very difficult to discuss the story without spoiling it, so all I will say is just watch it!

It’s a short series, only 12 episodes, but the story is perfectly crafted, and although it is concise, it allows just enough breathing room for you to get to know the characters and empathise with them.

It follows the story of Madoka Kaname, and her fateful interaction with Kyubey, a “cat” who introduces her to the world of magical girls. It is a dark, interesting take on the genre, with some gorgeous visuals and fantastic pacing.

There are also films, the first 2 being recaps, and the third is  a sequel, but I think the TV series stands well on its own.

Welcome to the NHK is a series that takes a look into the mind of a Hikkikomori (or shut-in), how a man could end up like this, and what he must go through to escape it.

It is a comedy drama, and I think it blends these 2 things together perfectly. One moment you will be laughing at Sato’s pathetic attempts to rationalise his situation, the next moment, crying at the despair and pain he is suffering.

The main character, Sato, a University dropout, has given up on life until a series of events leads him to meeting his neighbour, Yamazaki – an old acquaintance, and Misaki, a girl who takes a strange interest in him. Together they work to escape the darkness of their lives, and try to find their place in the world.

Even if you can’t relate to the life of a Hikkikomori, this series will give you a new perspective on the daily fears and anxieties we all go through.

Based on a 4-panel comedy manga series, this show maintains the format with a series of short sketches and jokes, being loosely linked together by the themes of friendship and growing up.

It is set in a highschool, where a new “child prodigy” student has joined the class, and a friendship group quickly forms around her. The girls all have unique, and exaggerated personalities, and the comedy mostly comes from their daily conversations and arguments.

The interactions with their teachers are to me, the funniest parts, with Miss Yukari being hilariously incompetent and childish, and Mr Kimura being unbearably creepy – it adds a bit more depth than simply “cute humour”.

The one word I would use to describe this show is “comfy”. It’s not the funniest comedy, but the slow, relaxing pace, simple artstyle, cute music and memorable characters make it a pleasure to watch. Perfect for a lazy Sunday afternoon!

Some people love it, some people hate it, but however you feel, it is certainly one of the most important anime series ever created.

Similar to Madoka Magica, Evangelion is a different take on a popular genre, this time, the Mecha genre (think Gundam).

Like many giant robot shows, it follows the life of a young boy who must pilot a machine to save the world. What makes this show different to many other mecha shows, is that the fights are only a small part of the story, and are more of a backdrop for the character drama.

Every character in this show has a life; they have motivations, fears, flaws, insecurities and a desire to be loved. They are some of the most believable and relatable characters of any anime series, and seeing what would happen if you give unstable people the power of God makes for some very interesting philosophical questions.

One thing I will say, is prepare to be confused.

Anno is a genius director, and often intentionally leaves you with only just enough information to follow the story, but not enough to truly understand it. Even up until the very end, you will have questions – but I believe this is exactly why people still talk about this show today.

If you only watch one anime series, make it Evangelion!

What about you? Do you have any anime series you would recommend for me to watch? Please tell me in the comment 🙂 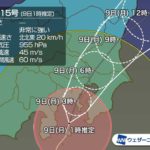 At 5 AM on 9th September 2019, strong typhoon “Faxai” hit the Kanto area which is centra … 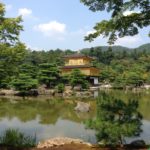 Japan is the country that have unique culture. Modern city, Manga and Anime are the famous in recent … 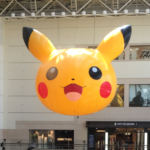 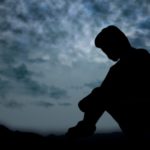 Japan has a unique culture and interesting history such as high-tech, Game, Anime, Samurai and Ninja … 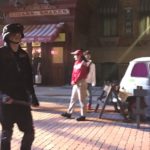 Halloween USJ: doredoreworld.com Hi, I’m Waka 🙂 What are you looking for recently? I know Hall … 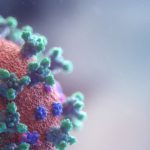 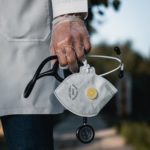 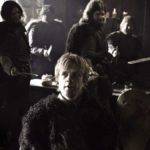 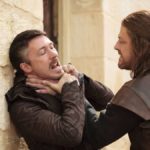 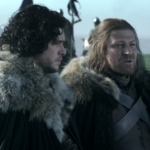